Tonsils are important in very young children in the 1st year or so of life. Later on however they can become somewhat of a nuisance to some people. The most common problem is when tonsils get infected over and over again. This recurrent tonsillitis often becomes distressing for patients and results in a lot of days missed from school or work. Currently in the NHS there is a postcode lottery when it comes to the rules regarding whether or not your tonsils can be removed. In some regions of the country they use the SIGN guidelines, although many areas only use part of it. The full guidance states that a reasonable time to remove tonsils is when a patient has had severe tonsillitis: 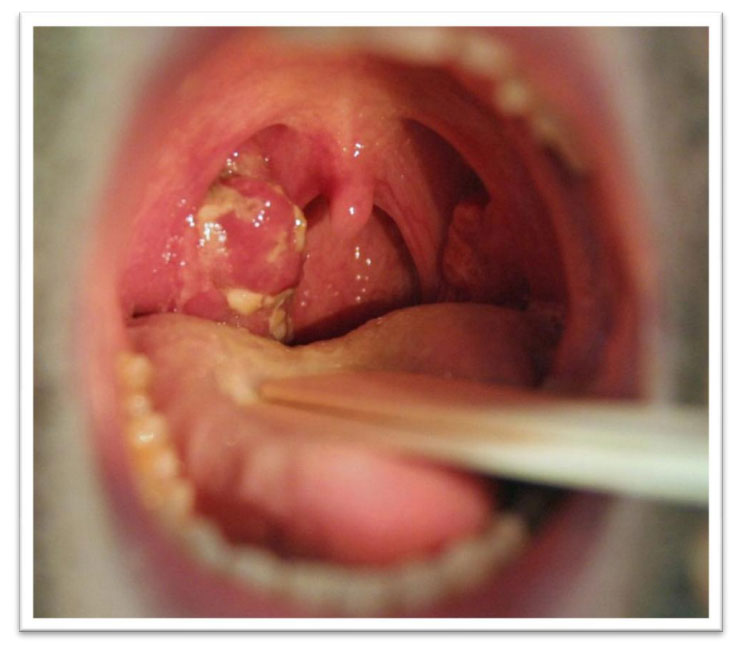 Unfortunately many patients don’t fulfil the local criteria, and therefore are unable to have their tonsils removed even though it is in their best interests. For example some patients have a sore throat almost constantly, and seem to struggle for months on end, resulting in a poor quality of life. Other patients have a foul smell coming from their tonsils and sometime produce tonsiliths (pale stones), from their tonsils. Some teenagers have severe tonsillitis during important exams, but don’t meet the criteria to be allowed to have a tonsillectomy. Some children experience severe reactions to tonsillitis such as epileptic seizures, chest infections and other severe problems. There are many different reasons for needing a tonsillectomy for infections that aren’t covered by the NHS. Some areas of England allow surgeons to use reasonable judgement in these cases, but this is becoming less common. Mr Vik Veer believes that there should be a reasonable case for removing tonsils as every operation carries a risk, and that risk should be weighed against the potential benefits.

Another important reason for removing tonsils is to help you breathe better. Tonsils can become so large that they block your ability to breathe properly, especially whilst sleeping. This is very common in children and it causes snoring and occasional pauses whilst breathing. These are known as sleep apnoeas, and is the hallmark sign of obstructive sleep apnoea. In children obstructive sleep apnoea is almost always cured by removing the tonsils and adenoids, and there is good medical evidence for this. This is readily available on the NHS, and explaining the features of your child’s symptoms to your local GP should lead to the appropriate investigations and eventually an adenotonsillectomy.

Children with Sleep Apnea tend to snore loudly at night, occasionally these children will also stop breathing at night. Typically these children sleep in strange positions at night and seem to be always moving around the bed. They wake up frequently and may experience night terrors and bed wetting. Some parents notice that their children eat very slowly and tend to choke on food from time to time. These symptoms seem to improve in children after adenotonsillectomy.

Removing both the tonsils takes about 5-10 minutes depending on what technique you use and how old you are. Typically a tonsillectomy in a child takes less than 5 minutes, whereas in adults it may take longer than 10 minutes. There a many different techniques available, but Mr Vik Veer uses techniques which have a proven track record for success, including his own technique. Generally techniques can be ‘hot’ (those that cause thermal damage), and those that are ‘cold’ (those that use a knife or some other instrument without using thermal damage). There was a large study in the UK which assessed hot and cold techniques for tonsillectomy, and the results showed that the more heat energy you used, the more the patient was at risk of a serious bleed later on in the recovery. For this reason Mr Vik Veer normally uses a cold technique when he performs a tonsillectomy. There are some caveats to this, as the situation is more complex than this initially seems. You can perform a tonsilLOTOMY rather than a tonsillectomy operation. A TonsilLOTOMY is when you remove the tonsil but not the tough capsule that it is contained within. The closer you get to the capsule that surrounds the tonsil, the more pain the patient seems to experience. This is probably because the nerve endings and blood vessels are found near the capsule, rather than in the middle of the tonsil itself. For this reason you can use hot techniques that come close to the capsule but don’t actually remove it. This leads to less pain after an operation at the expense of leaving some tonsil behind. This seems like a terribly bad idea, but in children who can’t breathe because of the bulkiness of their tonsils, removing 90% of the tonsils and leaving a small area near the capsule is actually a reasonable compromise. There is a chance that the tonsil might grow back, or still cause problems, but generally this is very rare. The benefit of avoiding a serious bleed or a lot of pain for your child makes this option very attractive. Not removing all of the tonsil in cases of tonsil infections potentially leads to continued problems even though again this is rarer than one might expect.

Mr Vik Veer has done research into tonsil bleeding, and found a number of other factors that influence the pain felt by patients. He found that avoiding damage to the area around the tonsils (known as the tonsil pillars), during the operation significantly reduces the pain experienced by patients. Also the amount of charred tissue left in the tonsil bed after the tonsils have been removed seems to result in more pain and possibly a higher bleeding risk. There are some methods employed by Mr Vik Veer that avoids charred tissue in the tonsil bed compared to the standard technique taught to surgeons in the country. Typically Mr Vik Veer tries to leave the capsule completely in every operation. Leaving the capsule makes the procedure less painful than a standard tonsillectomy, whilst also ensuring that all the tonsil is removed leaving nothing to grow back.

In summary Mr Vik Veer uses a number of different techniques for different situations. The common names for these techniques include ‘Cold Steel’, ‘Coblation’, ‘Radiofrequency Ablation’ and ‘Bipolar’.

There are a number of risks and complications of having a tonsillectomy. Some of these are listed below, and these will be discussed in detail when any operation is considered.


Mr Vik Veer understands that this topic is extremely difficult to comprehend in its entirety, and is happy to discuss this in detail with you if required.

Below are some brief notes showing the various different ways to remove tonsils.

Technique Coblation (intracapsular)tonsillectomy
Pain Levels Low
Bleeding risk High
Amount of tonsil removed Partial removal of tonsil. The more removed, the higher the pain experienced.
Comments This is a tonsillotomy rather than a tonsillectomy.

Technique Laser tonsillotomy
Pain Levels Low
Bleeding risk High
Amount of tonsil removed Partial removal of tonsil. The more removed, the higher the pain experienced.
Comments There is a risk of laser damage to other areas of the throat, lips or gums.

Technique Radiofrequency Ablation tonsil reduction
Pain Levels Minimal
Bleeding risk Low
Amount of tonsil removed Tonsils are only shrunk in size rather than removed in anyway. This is better for snoring or sleep apnoea.
Comments Can be performed under local anaesthetic.

These are similar to tonsils but are actually at the back of your nose. They are a very common reason for obstructive sleep apnoea in children, and are almost always removed with the tonsils. Adenoids can cause difficulty in breathing through the nose at any age, and may also cause a thick mucus or catarrh to drip down the back of the throat or from the nose. Adenoids are also a common cause for blocked ears and hearing loss, and are often removed in children who have problems with glue ear.

Removing adenoids is normally performed using a technique developed by Great Ormand Street Hospital known as Suction Monopolar Diathermy, although coblation is another technique that is employed. Very occasionally the adenoids need to be removed and sent for laboratory testing, in this situation the old technique of using a curette is necessary. Again Mr Vik Veer will be able to talk you through the various options concerning this.


Read about Tonsils and Adenoids